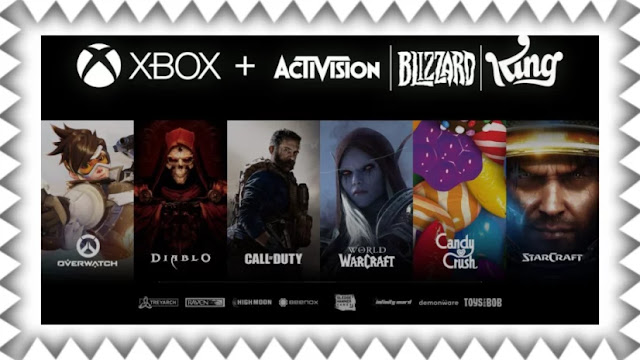 Microsoft has announced its $ 68.7 billion acquisition of Activision Blizzard, the US gaming developer, as its latest acquisition of the gaming industry.

The company will pay the full transaction value in cash, according to its statement, at $ 95 per share - which is a publicly listed company on Nasdaq.

The acquisition agreement is one of the biggest in this sector overall, but it will help Microsoft strengthen its position in the gaming industry as a fierce competitor to Sony, and under this agreement will provide more games to the Game Pass cloud service, especially since many famous games will become his property.

Activision Blizzard owns game development studios in many countries around the world and has more than 10,000 employees, and previously developed famous games, most notably Call of Duty, World of Warcraft, Candy Crush, Overwatch, Diablo, and other famous games.

The deal will also help Microsoft provide more smartphone games to compete in the industry, which has been growing steadily in recent years, in addition to providing services for cloud, Xbox, and board games. computer through the Windows system.

The acquisition of Activision Blizzard is expected to take place no later than June 2023, due to the need to complete its own legal and commercial transactions. Its Chief Executive, Bobby Kotik, will remain in office until the acquisition and completion of the transaction.