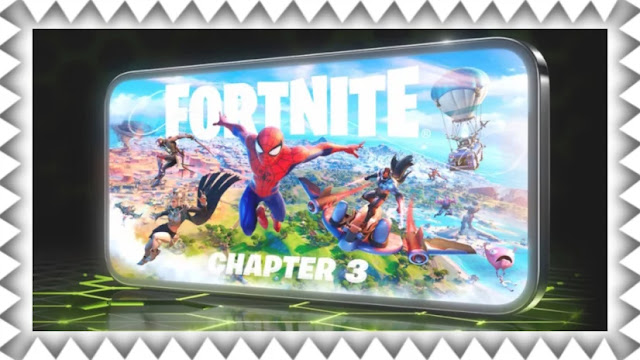 Nearly a year and a half after the game “Fortnite” was removed from the Apple App Store for violating its policy at the time regarding payment methods, Epic Games is gearing up to bring its game back to users on iPhones and iPads for a while. through a different method.

Epic Games has announced its collaboration with NVIDIA to develop a version of Fortnite that will work through the GeForce Now cloud gaming service.

The game is currently available on desktop to play via browser, while it will soon reach users on iOS and Android, as the GeForce Now service has been available since November 2020 for iPhone and iPad users through the browser, and therefore now will be able to play Fortnite again once it's in The service is the same as playing other games.

Due to Apple's refusal to allow developers to add external payment gateways to its services and companies' refusal to submit to this matter, several companies, most notably Epic Games, were banned from being in the company's stores, which resulted in in removing your games. directly, while this move has led companies that develop cloud services for games such as Microsoft and Nvidia to develop a copy of their services to work on phones via a browser rather than as a separate app to evade Apple's policy of preventing it. them from adding external payment gateways.

But what is surprising is that Epic Games will not receive all the subscription fees, and will be limited to a small part according to the number of players, mainly because Nvidia's service contains dozens of other games. Those amounts could be much lower than what the company was getting, even when Apple deducted 30% from the value of subscriptions that are made through its store.

It's worth noting that the version of Fortnite on phones will initially be available for a limited number of users to try it out before its release in the coming weeks for all GeForce Now users.