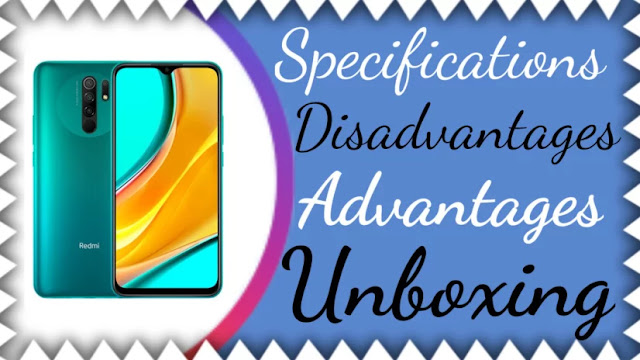 Xiaomi announced its new and cheaper phone, the Xiaomi Redmi 9, to officially join the Redmi series, which comes to compete strongly in the economy category.Significantly improved specifications, where the screen became FHD + with a powerful Helio G80 processor. to finally be able to play smoothly and at an economical price while maintaining the most important feature of the series, which is the huge battery that lasts for a long time during the day with a fast charge of 18 watts (but the included charger is 10 watts. Let us know the full specifications of the Xiaomi Redmi 9 phone, what are its most important advantages and disadvantages, and is it worth buying or not? As follows.

6 most Disadvantages of Xiaomi Redmi 9

3. Modern and exclusive design with anti-fingerprint back.

4. It is compatible with the secondary microphone, unlike the Realme C3.

5. FHD + display with a layer of protection rarely found in the economy class.

6. Supports the operation of two SIM cards and one memory card at the same time.

7. Good performance at an economical price is one of the hallmarks of Xiaomi's Redmi series.

8. Infrared supports the control of electrical appliances through the phone.

9. It supports 18W fast charging to be able to charge the phone in a short time ... but you have to buy the charger.

10. The sound of the mobile is loud and stereo, and it is one of the best mobiles in terms of sound in its price category.

11. A large battery that can run for a long time throughout the day without the need for frequent charging.