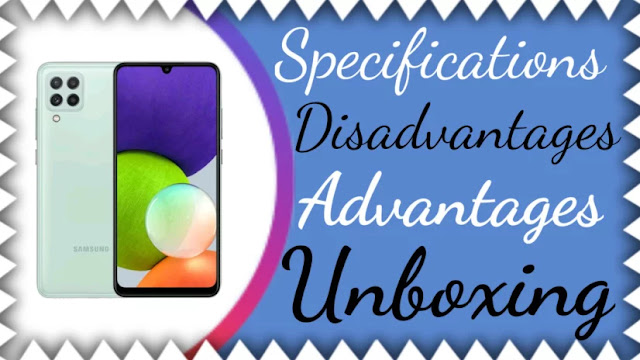 Samsung has always been at the top of the sales landscape in the Egyptian market, and it has accomplished a lot to surprise us now with its new phone, the Samsung Galaxy A22, which arrives with a 90Hz AMOLED screen, but with a low HD resolution. +, but with a rear camera with real OIS optical stabilizer with the phone's giant battery, which guarantees you get the longest possible period of use during the day, so we are going to know the rest of the complete specifications of the phone. and whether or not it is worth buying in its price category through the following.

2- The second version comes with 128GB of solid eMMC 5.1 memory with 4GB of random memory.

Disadvantages of the Samsung Galaxy A22