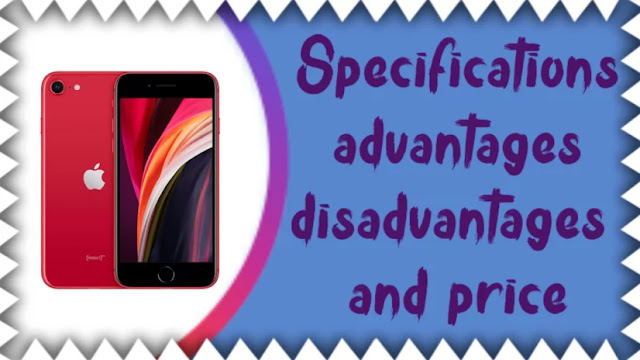 Apple announced its latest phone, the iPhone SE 2020, to complete the march of the previous version, the iPhone SE in 2016, to be the second generation of the phone, through which Apple can restore memories again and at the same time at a cost. economic.

phone compared to your other phones. The screen comes in the old form and the small size that we are used to from Apple with large borders with a fingerprint sensor on the front, like the iPhone 8, and this design and shape is no longer available from the iPhone generation. X, but Apple's addition to the iPhone SE 2020 is the A13 Bionic processor, which is the fastest processor at the time of its descent and is the iPhone 11 Pro Max processor with the best cameras, as usual for Apple.

The camera, although it is a single camera and with precision is not the best, but you find a lot of detail in the images.

The company maintains the advantage of the phone by making it small and the performance is stronger, so let's go through the full specifications of the Apple iPhone SE 2020 ?! What are its main advantages and disadvantages below? Is it worth buying and being Apple's most powerful and cheapest phone this year or not?

In terms of performance, it comes with the same Apple A13 Bionic processor with 7 nano technology with a quad-core Apple GPU graphics processor to run efficiently and at high speed.

Means of security and protection:

As for the voice assistant, it comes with Apple's usual Siri assistant and supports all languages, including Arabic, in addition to its support for Apple's FaceTime and iMessage.

Old design with very large borders.
A small screen is not up to par with the competition now and it would have been better to come with a larger screen.

It does not support the ability to install a memory card, and this is the usual Apple way.

It does not support the 3.5mm headphone port, so you cannot charge the phone and install the headphones at the same time.

The 18W fast charger does not come in the phone box and must be purchased separately, as it did on the iPhone 8.

It lacks a wide-angle lens ... but that's fine due to Apple's low price.
Double the battery compared to the competition of Android phones.

The phone is officially water and dust resistant.

The cheapest iPhone you can get in 2020.

The cameras offer excellent performance as expected from Apple as it offers the best cameras.

You can charge the phone in no time thanks to its support for fast charging and wireless charging.

It's compatible with the fingerprint sensor that we missed and didn't expect to see again, and it works fast.

It offers very strong performance thanks to Apple's pioneering processor that we recently saw in the iPhone 11 series.

Apple has the advantage of supporting its phones in terms of basic system updates with a minimum of 4 years, unlike Google for only two years.