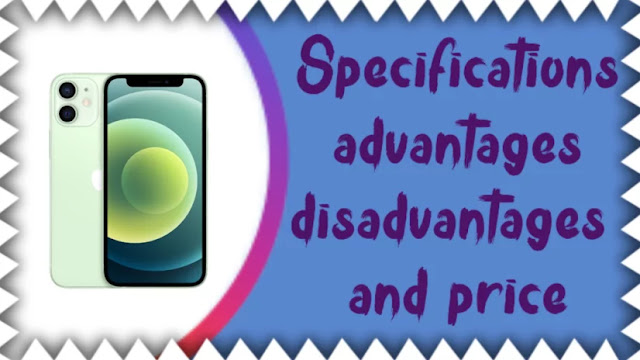 with lower specs. to get the lowest possible cost to suit all users in the business with Make the phone excellently compatible with the same power as the leading devices in the series.

The phone comes with the leading Apple A14 Bionic processor with the use of Apple's best screen, the Super Retina XDR OLED, to achieve the best performance with the best possible view of screen use.

Tell us the rest of the full specifications of the iPhone 12 mini And what are its biggest pros and cons, and does it deserve to be the best phone this year, or is it just a new addition to the series? Let's get to know it in the following way.

- The first version is available with a solid 64 GB NVMe memory capacity with 4 GB of RAM.

- The second version is available with a solid 128 GB NVMe memory capacity with 4 GB of RAM.

- The third version is available with a solid 256GB NVMe memory with 4GB of RAM.

In addition to the phone's support for slow motion recording in FHD quality, 1080 pixels at a capture rate of 120 and 240 frames per second.

With its support for most other sensors like accelerometer, proximity, gyroscope, barometric pressure and compass.

Disadvantages of the iPhone 12 Mini

Features of the iPhone 12 Mini