HOW TO WRITE A POWER PACKED SALES LETTER

HOW TO WRITE A POWER PACKED SALES LETTER 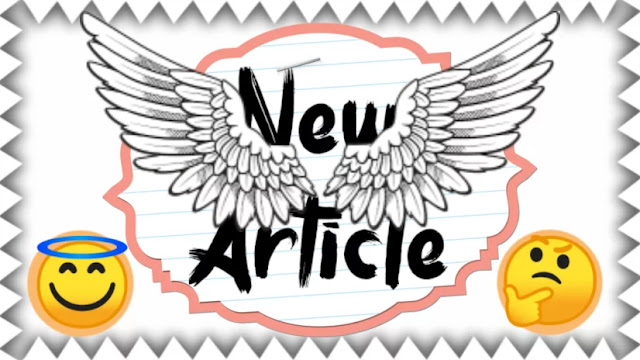 time get involved in marketing by direct or response mailing.

Whether you solicit through mailing lists or have people write

to you for information, there is one thing you must do to make

the most of your investment, and that is to write a sales

letter. If you send only the material requested, you will

drastically decrease your chances of success.

marketing letter, one of the most successful quasi-legal pyramid

plans of all time. It is an absolute masterpiece of

salesmanship, and when all five of the recommended pages are

included in the mailing, it bull-baffles so many people that a

great number of its users do make money with it.

We do not recommend you try it, however, since it does not offer

something to offer later that does give good value.

or response marketing campaign. Write a good one and you can

literally make a fortune. Write them regularly and you can make

If you've never written one of these letters, we'd like you to

try an exercise before proceeding with the rest of this article.

First, write a letter from 300 to 500 words long explaining to

your friend cross-country why you got involved in the best

good for him and why you'd like him to get involved.

This is a deadly serious request, and to prove it, we're

stopping the article right here and continuing it under another

title on the next page. For your own sake, write those letters!

write. We'd like you now to place them side by side and

carefully note the differences in the two letters. If you're

not experienced with this, you will notice immediately that you

gave both the fictitious mail orders dealer and your faraway

friend different reasons why they will like your opportunity.

Excellent! Because the most effective sales letter for both

your friend and your dealer will be somewhere in the middle.

For the time being, don't worry about the grammar or structure

of the letter, for it's the content and presentation that's

keep the reader's attention. Many of the people you reach via

direct or response mailing receive loads of offers every week.

They have to in order to keep up with the state of the industry.

And they're not going to sit through a lengthy explanation

unless you grab them at the start.

HOW TO MAKE PROFITS WITH A COMMISSION MAILING BUSINESS

HOW TO START AND OPERATE YOUR OWN VIDEO TAPING SERVICE

HOW TO GET THEM FROM YOUR MAIL ORDER AD SHEETS

owner will enjoy from it. It doesn't stop there! You've got to

tell the client about the benefit in an interesting, let's say,

Say you're selling the Crust-Buster Widget. It's the best

widget available for busting crusts, and reduces the daily time

required to bust crust by at least one third.

Here's how we would open out the sales letter:

"I'll have to admit I was shocked. Two weeks after I got my

first Crust-Buster Widget, I got so mad it was frightening."

Intriguing? You bet. The reader expects a put-down for the

Widget. But that's not what you're getting at.

You've caught the reader off-guard, and for shock value, you'll

letter, but you don't want to use underlines for emphasis or it

will look a little too contrived. You could use this line to

open a letter to a friend or a stranger with equal effect. Now,

here's where you're taking the reader:

"At first, I was amazed that the Crust-Buster really did cut a

lot of the time it takes to bust crusts. But when I realized

how long I'd been doing it the old way, and how many chances I

had to own a Crust-Buster Widget, I was furious at how stubborn

Let's examine the methodology here, because it applies to any

good sales letter. The first sentence does not explain the rage

mentioned in the lead sentence, so the reader has to read on to

get the explanation, and the longer you can keep the reader

It also satisfies the requirement for a good lead sentence. It

explains the major benefit of the product, and does it in strong

language. The writer is "amazed". The product "really did" the

job. And it says nothing to the prospect about buying the

While still using a personal example, a testimonial, which is an

excellent technique in most sales letters, the writers points

out what the prospect is doing, busting crusts the old way, and

points out a situation the reader has probably encountered.

the Crust-Buster Widget many times before but still doesn't own

And finally, he very subtly points out why the prospect probably

doesn't own it by using himself as an example. He's saying

that people are basically stubborn, and no one likes to be that

way. he's set himself as someone much like the reader, stubborn

to try new things, and angry at his mistakes.

Now, the writer knows that it is a mistake not to own the

product, but if he actually came out and said "If you don't own

the Crust-Buster Widget, you're wrong", he's not going to make

any friends or sell widgets.

One last point is worth noting. It doesn't take a degree in

English to write such a paragraph, just a bit of thought and a

whole bunch of editing and rewriting so it reads just right.

Let's continue the letter and see where it might go, and why it

may go that way:

This is a soft-sell, and it works wonders. It tells the reader

what he already knows, that the product is not perfect. It's

honest. It implies that the reader should see for himself how

useful it will be.

"...but it's allowed me to spend a lot more time doing other

things, and that's meant my business runs more efficiently and

This is the benefit the reader has been waiting for, the one

that really hits home... money. Depending on the product, it

could be happiness, attractiveness, anything. All products

touch on one of these two human needs: the need to increase

happiness or avoid unhappiness. One will always be more

important than the other, and one type of happiness or

unhappiness is the central focus of the sales letter as it

relates to the product sold.

has built to a climax, and now the reader will either move

directly to the advertising material, which is the whole point

of the letter in the first place, or read this letter to the end.

At this point, it's always a good idea to mention that the

product will pay for itself over a certain period of time, if

convenience item. That's a common claim, but it's effective,

because it makes the product look practically cost-free.

From here on, you detail the other benefits you've noticed that

may not be in the sales material, and if you can't think of any,

expand on a couple that are in the material.

As often as possible, use emotion-charged words and phrases but

don't overdo it or you'll come across as a cheap hustler. "An

"jammed with amazing ideas", "unforgettably satisfying" are all

valid phrases. Think in terms of the movie review quotes you

see in your daily paper.

Those short snippets are chosen by the advertisers precisely

because they excite people's emotions and get them to the

theater. Toss them into your letter at strategic points and you

will hold the reader's interest.

Now, take the two letters you wrote before and see how many of

these points you managed to include in the two of them. All

told, your score should be pretty high. But you probably notice

a lot of filler material, especially in your letter to your

friend, and a lot of excessive hype in the letter to the mail

order dealer. Chances are good that if you find the middle

Rewrite the letter with this in mind, but don't use this

article for reference as you do it. Let it come naturally to

you. You should find your rewritten letter ideal for both your

friend (who won't think you're putting a heavy business-type

hype over on him) and for the dealer, who'll get the impression

you're writing to him as if he were a friend.

Now you've got a workable sales letter. There are two steps

Firstly, get it checked for sentence structure and grammar. Get

the best person for this job that you can think of. It might be

a school teacher, a reporter, even an English student, but it

must be someone who can turn someone else's writing into

flawless English... without removing the enthusiasm and snap of

the copy. This can be a headache, but it must be done for good

results, and every good aspect of your sales letter is money in

Secondly, add a little note on the bottom of the page, just

before your signature, reminding the reader to look over the

sales material and make his own decision. Follow it with

something unique above your signature. "Yours truly" won't cut

you make thousands rich and yourself happy, (signed)." It's

thoughtful, conveys sincerity on the part of the writer, and

leaves you with a good feeling about the person who wrote it.

You are now ready to commit this letter to a sale letter. Put

it on top-quality stationery, the best you can afford.

you must look as if you're doing well yourself.

When you have it copied, use premium parchment or other quality

paper. Make it look as professional as you possibly can! Have

a letterhead made up if you don't have it already; you'll need

it eventually anyway, and typesetting for a letterhead is just a

And finally, and we cannot stress this too highly, sign everyone

individually. Never, never, sign the original and have your

results, and the fact that mail order people especially use this

This is the personal sales letter, hand-written which is

attached to the major sales letter. And it can be done in one

or two ways. Either leave a couple of inches at the top of the

page for handwritten messages, or affix a 3x5 Scotch Post-It

note to the top of the letter.

If you've received a request for information and the person has

dropped hints as to what he might use the item for, by all means

target the note to the person's needs, but if not, simply use it

to advise the person to look over the material carefully.

Make it short, fifty words or less, and address it directly to

the reader. It's a time consuming job, especially on a direct

mailing of 500 or more pieces, but the time you spend doing this

By the way, this handwritten personal note makes it unnecessary

sales letter. There are no good addresses you can use at the

the readership. We advise using no address at all, and just

The standards such as "Dear friend" and "Hello, opportunity

seeker", and in fact any descriptive address in this style, is

so overused that it looks phony and contrived, and serves you no

purpose other than to turn off the reader. Simply start the